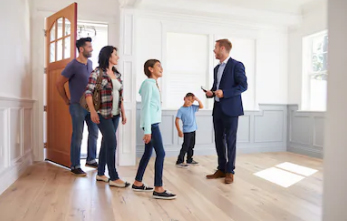 There’s been some pessimism lately concerning the future of the North Texas housing market. Here are some facts to put the market’s health in perspective.

In November, home sales in North Texas fell eight percent, the biggest year-over-year decline in over seven years. The average time it takes to sell a house through the MLS (multiple listing service provided by real estate agents) is up ten percent from last year, and total property purchases through the MLS are down one percent for the first eleven months of 2018. That’s the first downturn in local home sales since the Great Recession.

The downturn earned Dallas a place on Realtor.com’s list of ten cities supposedly hit the hardest by a housing slowdown. The site reported these year-over-year changes between October 2017 to October 2018 for Dallas:

A Wall Street Journal article from November 26th stated, “Yet even with the booming growth, Dallas’s once vibrant housing market is sputtering. In the high-end subdivisions in the suburb of Frisco, builders are cutting prices on new homes by up to $150,000”. The article also mentioned how prices have grown “out of whack with historic norms”, and that home prices have risen faster than wages, resulting in buyers who can’t keep up.

These circumstances led Zillow to classify the Dallas-Fort Worth-Arlington market as “cool”.

There are other factors contributing to the slowdown. According to the Dallas News, “Higher mortgage rates have added as much as fifteen percent to the payments on a home purchase during the last twelve months”. Add this to the fact that median house costs have increased more than forty percent over the last five years, and you have homeowners and buyers having to adjust their budgets and expectations for future purchases.

It’s Not All Gloomy

However, it’s not all doom and gloom. In fact, experts say the underlying fundamentals of the housing market in the Dallas-Fort Worth area are sound. In their opinion, the local home market is merely returning to a normal, stable condition, after overheating in 2012. The demand for housing is still there, with the region’s job market and population continuing to increase at a rapid rate. Another good sign is there’s still only a three month supply of pre-owned homes on the market, which is half of what is considered a normal inventory, and half the long-term average for North Texas.

As of early December, pre-owned home sales were nearly tied with the total this time last year, a record high year for sales. And despite the fact home purchase forecasts for the Dallas-Fort Worth area are predicting a drop of nearly one percent for 2019, it would be the second best year ever for home sales in North Texas.

Furthermore, Zillow is predicting that Dallas will be one of the U.S. home markets likely to outperform the rest of the country in 2019 with regard to home value appreciation and housing market health. Zillow’s panel of economists said they expected the U.S. home value to grow an average of 3.8 percent in 2019, while a recent Realtor.com report stated the Dallas-Fort Worth home prices would grow 4.3 percent next year.

Although overall sales have slowed down, luxury property sales in North Texas are setting records. According to the Texas Association of Realtors, luxury home sales in the Dallas-Fort Worth-Arlington area were up 10.3 percent for the twelve month period ending in October. As well, this area had more million dollar home sales than any other Texas major metro area.

Forbes recently reported that the best cities in Texas to own rental property as an investment included Fort Worth, Garland, and Arlington. The article stated many home seekers are deciding to rent instead of buy, and, “as a result, rental rates are surging”. This is good news for landlords and those looking to buy investment rental property in those areas.

Overall, there’s still every reason for optimism regarding the North Texas housing market.